Opening conference for the project “Banat sun 4 all”

Opening conference for the project “Banat sun 4 all”

On the 29th of March in Pancevo City Hall an opening conference was held for the project “Banat sun 4 all – a pilot project for the promotion and implementation of solar energy for water heating,” which is implemented in partnership with the Romanian municipality Lugoj, financed by the European Union,  Romania – Republic of Serbia IPA Cross-border Cooperation Programme.

The audience was adressed by the Deputy Mayor of the City of Pancevo Sasa Levnajic, President of the Municipality of Lugoj Francis Boldea, Deputy director and coordinator for the funds of the European Union of the Serbian European Integration Office Ana Ilic, the project was presented by Project manager Sandra Bozic and PR Manager Angela Vila, while the importance of renewable energy sources and their application was presented by dr. Aleksandar Andjelkovic and Miroslav Kljajic, professors at the Faculty of technical Sciences, University of Novi Sad.
Deputy Mayor Sasa Levnajic stressed that the use of alternative energy sources and improving energy efficiency is one of the strategic directions of development of the City of Pancevo and expressed satisfaction with the launch of this project:
“This is the first project of the City of Pancevo in the field of renewable energy sources such dimensions, and the first project in Serbia from IPA funds worth nearly one million euros, which received funding for the construction of solar panels on an area of 906 m2 for heating domestic water. I want to welcome the initiative of the PUC “Heating” to launch this project, and we will work on that in the future we have proposals which aim to achieving our strategic goal, which is an energy efficient city”.
The Deputy mayor said that thanks to EU funds as a source of funding for projects of strategic importance for the city, the local government has the opportunity to achieve certain international standards in the field of energy efficiency, as well as to continue to develop regional partnerships with neighboring Romania.
The Mayor of Lugoj Francis Boldea said the quality of the project team, the importance of IPA funds and favorable conditions for the implementation of the project, believes will serve as an example of good practice.

Ana Ilic from the Serbian European Integration Office, said:
“This is an outstanding example of a project in the field of energy efficiency, as this is an area where funds are needed for specific investments. There are not many tools that are available for such projects, but let’s say CBC programs are one of them and this is one of the really positive examples of how the funds are used for this purpose, and I think that in terms of quality of service, cost-efficiency and reduction of harmful emissions this project provides good results”.
Sandra Bozic, Project manager of “Banat sun 4 all”, said:
“I sincerely hope that this will serve as an example of good practice to other municipalities and cities when applying for projects, as funds are definitely provided for us, what is necessary on our part to do is to write projects and there should be an appeal and perhaps a constant reminder, especially for local government that is really necessary to write projects. ”
When it comes to the importance of the project for PUC “Heating”, Sandra Bozic said:
“We will cut in half our losses and this one really important thing, exactly 49% according to some of our measurements will be saved, which for PUC “Heating” in this moment means a lot. On the other hand I sincerely hope that we will have a better quality of service, that users will be satisfied and that in some future period we will succeed in adjusting the price to the product and improve the service and lower the cost”.
Angela Vila, PR manager of the project presented the objectives, activities and expected results of the project.
Project implementation project started in January 2016 and should be completed by the end of the year. The aim of the project is to investigate the possibilities of using renewable energy sources in Pancevo and Lugoj to improve and modernize the heating system, as well as reduce emissions of carbon dioxide and thus contribute to environmental protection. 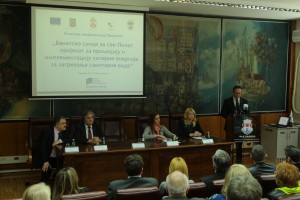 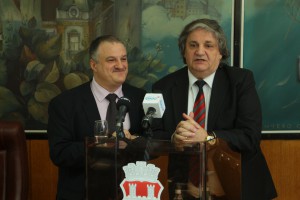 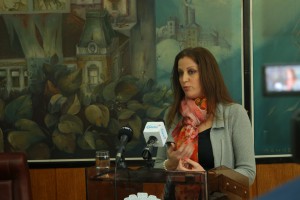 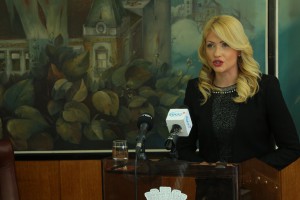 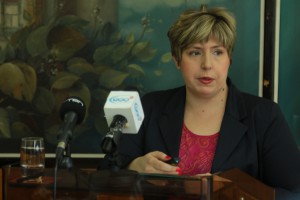 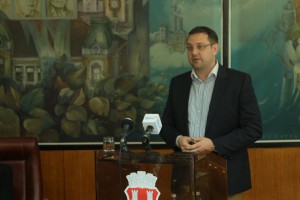 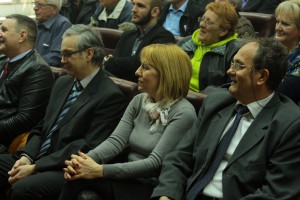 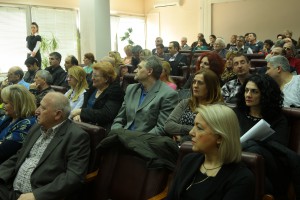 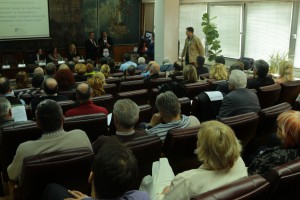 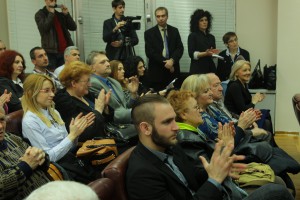